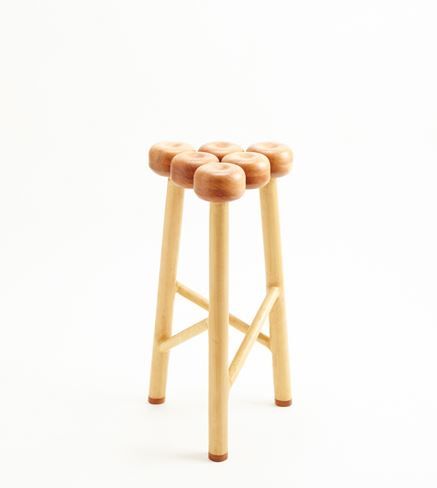 In order to do this, designer Takaaki Kamei considered the ladders that those picking the fruit would use, as well as the product they gathered. The latter element is depicted on the seat of the apple-inspired stool, where a cluster of flattened spheres make it look similar to a bundle of the fruit. KAMEI DESIGN was aided on this front by the Kimura Woodcraft Factory.

As a means to pay tribute to Japan's history in the industry more closely, the stool makes use of "Hiba Cypress trees found in Aomori -- a prefecture located in the northern parts of Japan."