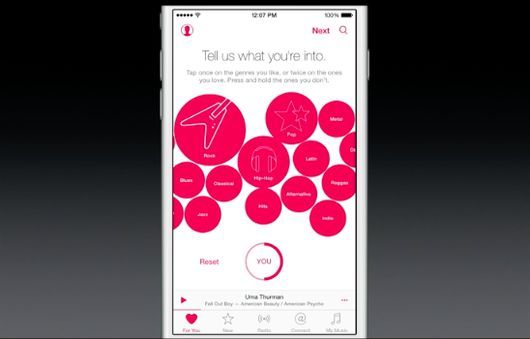 The service has a section called 'My Music' that lets you stream music from iTunes. A 'recommend' button suggests playlists and albums, with recommendations made by real people rather than an algorithm. Meanwhile the service's 24/7 radio station will feature real DJs broadcasting from New York, Los Angeles and London. Like on traditional radio stations, DJs will play new music and interview artists on air.

Apple Music also allows for unprecedented artist-fan interaction, with artists being able to share song lyrics, photos and videos with their fans.

With all of these services, it looks like Apple will pose a threat to Spotify as well as other music-related services.