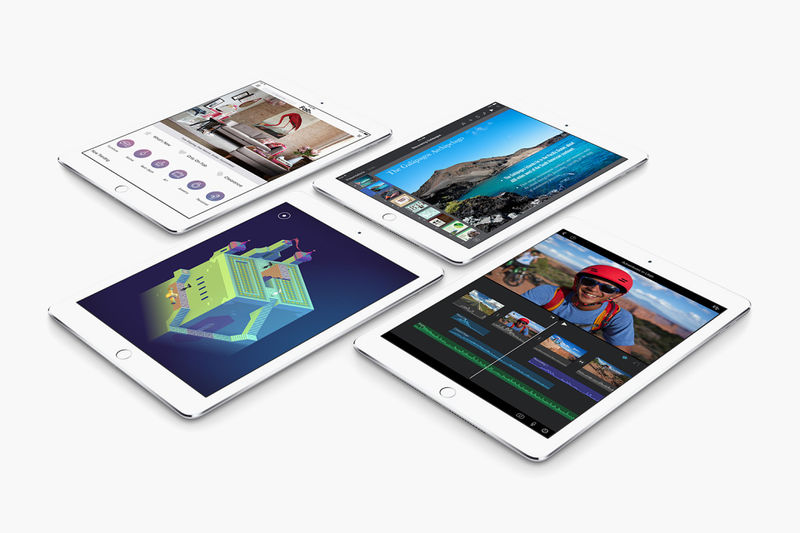 Michael Hemsworth — October 17, 2014 — Tech
References: apple & highsnobiety
Share on Facebook Share on Twitter Share on LinkedIn Share on Pinterest
You might've thought they couldn't make it any thinner, but with the release of the Apple iPad Air 2 you'll have to guess again. A mere 6.1mm thin, the Apple iPad Air 2 is not only the thinnest iPad ever, but also the lightest at less than one pound. The sophisticated engineers at Apple eliminated the gaps between the various layers of the previous device to create something that's beyond stunning in both visuals and design.

An all-new anti-reflective coating on the screen will reduce up to 56%, which makes the Apple iPad Air 2 a front runner for screen clarity. 10-hour battery life, the all-new A8X chip, Touch ID and all-new iSight camera round off the Apple iPad Air 2 as being one of the most beautiful devices -- available in silver, space gray and gold, no less -- on the market.
3.2
Score
Popularity
Activity
Freshness
Get Trend Hunter Dashboard