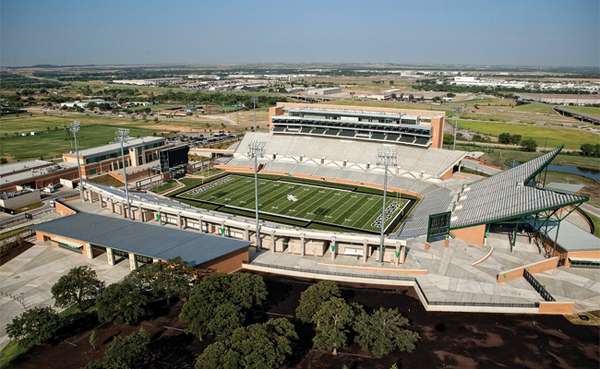 Apogee Stadium Aims for Carbon Neutrality in all 31,000 Seats

Just how green can a stadium seating 31,000 people really be, though? For starters, the university built three wind turbines which will effectively eliminate the typical 323 metric tons of CO2 that the campus produces each year. Moreover, Apogee Stadium has been landscaped with native plants, has been renovated to preserve open spaces and storm water runoffs to recycle water. Even the construction of Apogee was green: 20% of the materials were made from recycled sources, while another 47% were built locally! Never before has the act of relaxing and watching a football game been so environmentally friendly! It's no wonder the UTM team's name is the Mean Greens.
2.5
Score
Popularity
Activity
Freshness
View Innovation Webinars