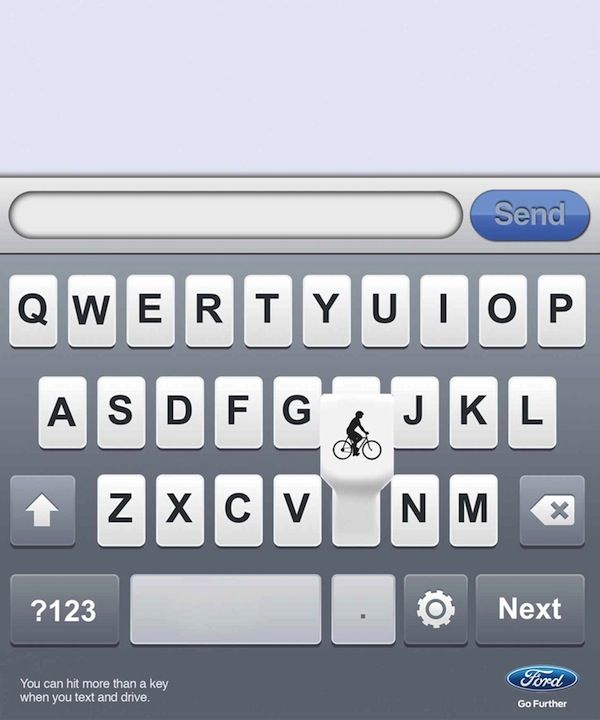 Ford's Anti-Texting Ads are Depicted on a Phone's Type Pad

Megan Facciuolo — April 27, 2014 — Autos
References: ideia3.br & designtaxi
Share on Facebook Share on Twitter Share on LinkedIn Share on Pinterest
These anti-texting ads were created by the Brazilian agency Ideia3 in collaboration with Ford to address the dangers of texting and driving. While it may be illegal in some countries, texting and driving is still an on-going issue and the reason behind a lot of road accidents. These ads will hopefully act as an eye-opener for those who still text and drive.

They are ironically designed as the iOS text messaging app. The agency cleverly depicted letter keys with graphics of cyclists, kids and pedestrians. Underneath, the ad states, "you can hit more than a key when you text and drive." By creating such a pun-filled ad with a familiar canvas, the agency leaves viewers with a lasting impression. Consequently, the next time you are prone to opening up the similar screen on your phone while driving, you will think of the ads.
4.3
Score
Popularity
Activity
Freshness
Access Advisory Services