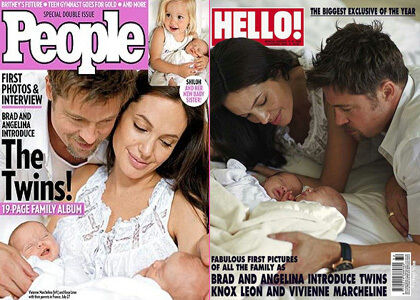 The Hollywood royal family is featured in a 19-page photo spread which includes all 8 members of the Pitt-Jolie clan.

The $14 million will be donated to charity by Jolie and Pitt, as they did with the $4.1 million they got from Shiloh's pictures back in 2006.

30 Unique Masks
From to