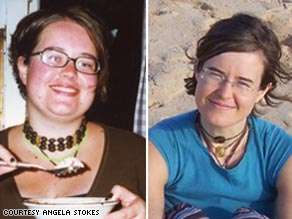 As thin women get thinner, many other women struggle to reach and maintain a healthy weight. Angela Stokes is half the size she was before she tried the Raw Food Diet.

Eating Raw Food was her way of weighing a healthy weight. Angela Stokes was steadily gaining weight because of a thyroid problem which led to her weight ballooning to 300 lbs.

Angela Stokes was sick; she ate junk food constantly and had shut down emotionally. Angela Stokes, believer of eating raw foods only, said weight was also taking a toll on her health as she frequently battled infections and illness.

Stokes had a friend who gave her a book about eating only raw foods, and her journey toward being healthy began.
5.3
Score
Popularity
Activity
Freshness

Most Obese Cities
The 16 Fattest Cities in America