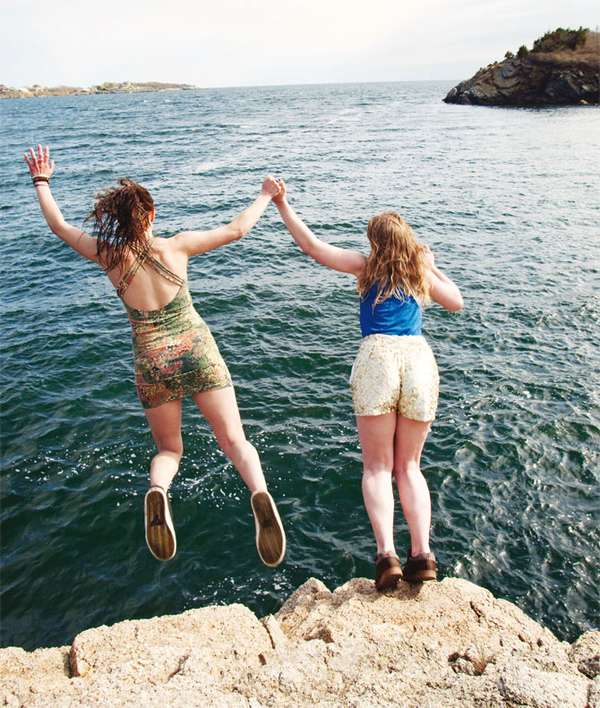 Take the Plunge with the Angela Boatwright ‘Suicide Practice’

Marie C. Hudson — July 21, 2011 — Fashion
References: viceland & angelaboatwright.blogspot
Share on Facebook Share on Twitter Share on LinkedIn Share on Pinterest
The Angela Boatwright ‘Suicide Practice’ photoshoot for Vice Magazine is a study in facing your fears and taking the plunge into something new. The title of the set implies that these daredevil stunts aren’t enough to actually harm someone, but are still thrilling and require a certain amount of guts and bravery. Some models appear to be jumping off joyously, or even defiantly, while others are still unsure of their decision mid-air. The set finishes with the two photos entitled 'Deciding to Live,' and 'Waiting to Die' -- one with the model climbing onto the rocky shore, as the other sits underwater in an almost meditative position.