Shot In The Dark 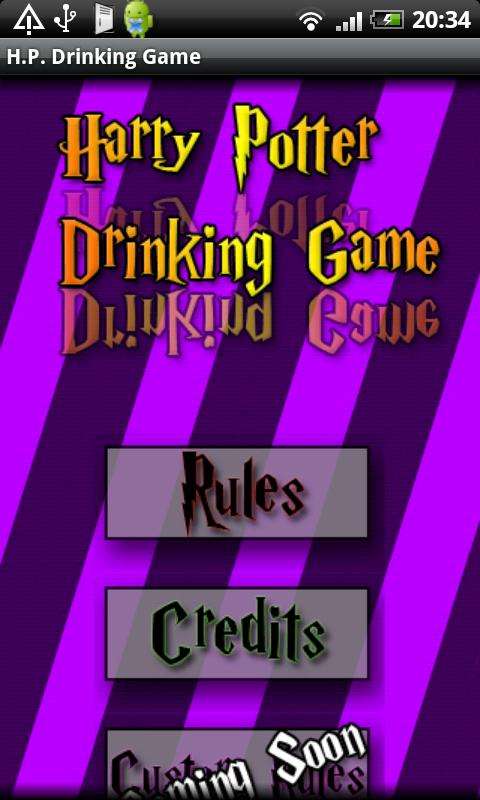 Get Saucy with the Android Harry Potter Drinking Game

Marie C. Hudson — July 27, 2011 — Lifestyle
References: market.android
Share on Facebook Share on Twitter Share on LinkedIn Share on Pinterest
If you're looking to add some wizard-worthy fun into a night with friends, look no further than the Android Harry Potter Drinking Game. Created by Wireless Toy Studios, the app combines Harry Potter characters, locations and trivia with a more traditional card-style drinking game. Like the J.K. Rowling books that the game is based on, Android app begins by sorting each player into a Hogwarts House, with specific card rules tied to each one. The bewitching boozy adventure can be played in teams or individuals pitted against one another for the title of Master Wizard.

The Android Harry Potter Drinking Game is constantly being updated with new features, levels, and customization abilities. It is currently available in English and German, so wizard fans around the world can enjoy the saucy app.
3.6
Score
Popularity
Activity
Freshness
Get the 2021 Trend Report FREE