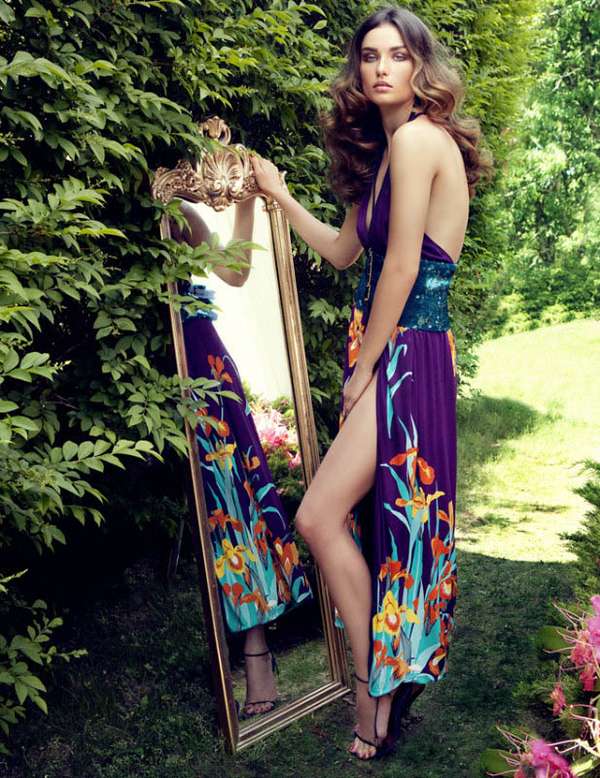 The Andreea Diaconu One Magazine Editorial is Sophisticated and Sunny

Jordan Sowunmi — July 7, 2011 — Fashion
References: fashiongonerogue
Share on Facebook Share on Twitter Share on LinkedIn Share on Pinterest
For a select few lucky souls, the summertime doesn't just mean time for hot dogs, beach trips, and baseball games, it also means taking the time to appreciate some of the more luxurious pursuits -- some of which are stylishly displayed by the new Andreea Diaconu One Magazine Hamptons editorial.

The Andreea Diaconu One Magazine editorial was shot by celebrated photographer Karine Basilio, an 11-year veteran of the fashion photography world. Her work has appeared in some of the world's most notable magazines, including Harper's Bazaar, Cosmopolitian, and InStyle.

For this shoot, Andreea Diaconu plays the role of a gorgeous socialite, draped in outfits from iconic designers like Louis Vuitton, Marc Jacobs and Chanel. Andreea Diaconu dominates the editorial with an understated confidence and the ease of a veteran. Highlights include Andreea Diaconu casually standing in a colorful purple sundress, as well as a more sensual shot of a (mostly) shirtless Diaconu clad in only a simple pair of underpants, giving the camera the kind of coquette-ish smile that attracts tycoons and Ivy-League types to these women.

The Andreea Diaconu One Magazine Hamptons editorial is on newsstands now.

Implications - Any company marketing luxury products would be wise to invest in advertising that does more than sell their product, but rather sells a lifestyle. By including marketing that has unspoken markers of affluence (summer homes, infinity pools, elaborate parties), the company embeds an image of opulent joy in the subconscious of consumers, increasing their chances of associating upscale elegance with the brand.
6.4
Score
Popularity
Activity
Freshness
Get Trend Hunter Dashboard