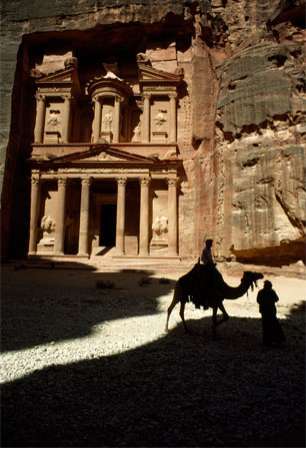 wang fangqing/ Frances Wang — April 15, 2009 — World
References: nationalgeographic
Share on Facebook Share on Twitter Share on LinkedIn Share on Pinterest
We’ve heard names of many ancient cities in mythology and folklore, but did these metropolises even exist for a second? National Geographic shows us that at least 12 of them were real, and were even fairly prosperous for a while according to the brilliant civilizations created thousands of years ago.

Troy, for instance, is one of them. The city, discovered by German archaeologist Heinrich Schliemann in 1871, was actually based in Hisarlik, Turkey.

And in Pakistan, the cities of Harappa and Mohenjo Daro would still belying underground if the Indus Valley civilization, which emerged 4,500 years ago, benefiting from the productive lands of the Indus River floodplain and trade with the civilizations of Mesopotamia, was not revealed in 1921.

Other 10 cities are dotted all over the world, including in England, Colorado, Iran and Iraq. Featured in the gallery are Petra, Machu Picchu, Troy, Indus Valley, Palmyra (Tadmor), Tanis, Nimrud, Persepolis, Stonehenge and Mesa Verde.
0.8
Score
Popularity
Activity
Freshness
Get the 2021 Trend Report FREE