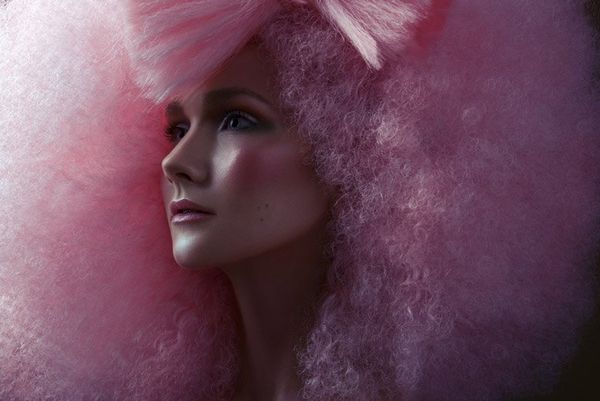 Meghan Young — December 10, 2013 — Fashion
References: jefftse & fashiongonerogue
Share on Facebook Share on Twitter Share on LinkedIn Share on Pinterest
The photo series starring model Anastasia T by Jeff Tse, a photographer based in New York City, looks like something straight out of an anime graphic novel. The big cotton candy-colored afro coupled with bubblegum blush and vibrant eyeshadows is exactly what whimsical teens would don in such publications, at least those with truly quirky undertones. In fact, the look may even be seen in the Harajuku district of Japan.

That aside, the looks featured throughout the series starring Anastasia T by Jeff Tse are fun, feminine and creative. Produced by Natalie Hayes, the photoshoot was captured in studio. The sculptural pastel coifs were created by hair stylist Shalom Sharon while makeup artist Mari Shten did wonders with the face.
5.1
Score
Popularity
Activity
Freshness
Attend Future Festival Virtual