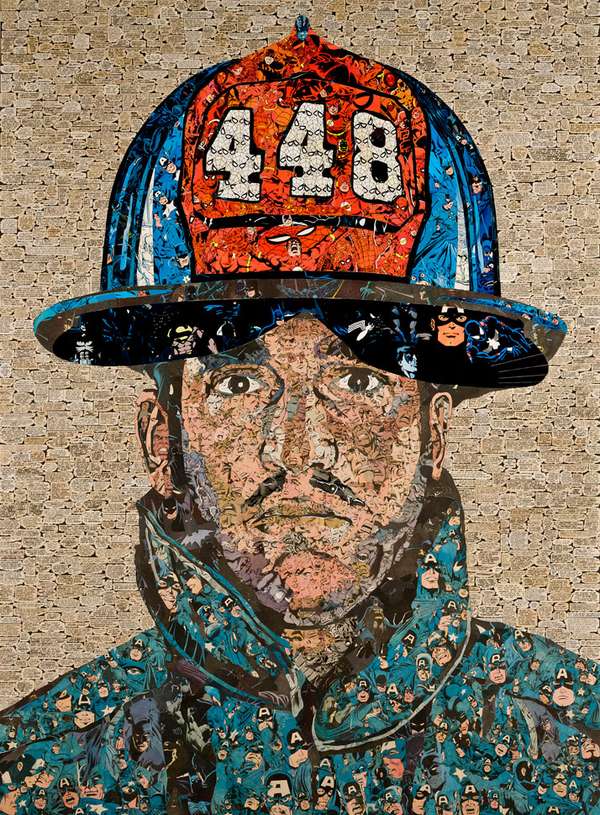 'An Exhibition of Heroes' Pays Homage to NYC Firefighters

Matt Ho — September 26, 2011 — Pop Culture
References: elevenfineart & yatzer
Aside from superpowers, the comic book characters aren't that different from the courageous everyday citizen, which is what Ben Turnbull is trying to illustrate with 'An Exhibition of Heroes.'

Turnbull's 'An Exhibition of Heroes' is a series of collages that pay homage to the brave firefighters who risked their lives to save others during the chaos of 9/11. The talented artist has taken several pre-1990 comics featuring characters such as Batman, Spiderman and Superman, cut them up, and formed images of firefighters. Here, he's demonstrating the idea of what a real hero looks like and how they really are a mirror of the comic book characters that kids have adored over the years for their heroics. The collages are beautifully made and help viewers realize that superheros exist in this world after all.
3.8
Score
Popularity
Activity
Freshness