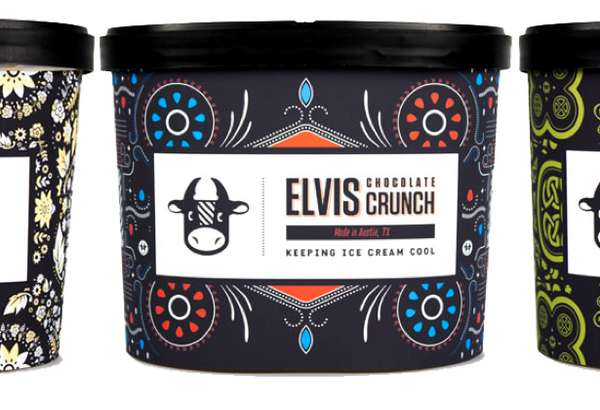 Amelia Roblin — January 15, 2013 — Lifestyle
References: cargocollective & thedieline
Share on Facebook Share on Twitter Share on LinkedIn Share on Pinterest
The delicious dairy dessert's image is typically quite vanilla, so Amy's Ice Cream branding is a solid attempt to restore the rap of a seriously scrumptious treat. With the ultimate aim of appealing to the college crowd near the shops' locations around Austin, Texas, this business is putting its funky foot forward to give the food a facelift.

Three flavors called Elvis Chocolate Crunch, Irish Cream and Mexican Vanilla are playful spins on old fashioned favorites but introduce an distinctive new zest. With mascots representing these each of these products, you can literally say that personality has been infused.

If the wonderful colorful patterned cartons are not enough to tempt you into a spoonful, perhaps the amusing sight of the King, a red-bearded businessman or a masked wrestler will convince you to come inside.