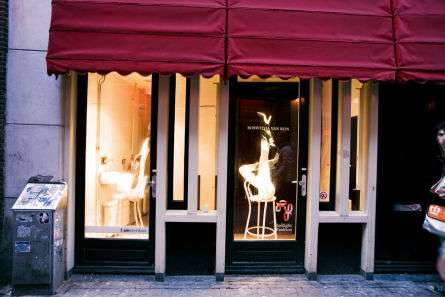 The virtual city was created by Second Life user Stroker Serpentine and quickly gained fame among gamers, becoming one of the most popular places in SL.

The simulated city, notorious for its wild party and drug scene closely resembles the real Amsterdam, red light districts and ladies of the night included. The risquÃ© city is a constant party and often one of the first places visited by new users. It is known for being one of the truest-to-life cities in the game, with landmarks and architecture meticulously replicated.

The city was featured in countless print and online publications as well as media events. Virtual Amsterdam has become an infamous online trading ground.

Second Life has also become a new form of marketing tool. Companies looking for publicity can now use the virtual world to display ads of real-world products. This is an excellent way for firms to gain exposure. â€œAmsterdam,â€ for example, got a lot of ad space requests from big Netherlands firms.

The internet has been the breeding grounds for a new race which reflects a cultural shift in society that sees us becoming one with technology. Now anyone can be who they want to be, do the things they fantasize about, and, for the right price, become the owner of a famous city.