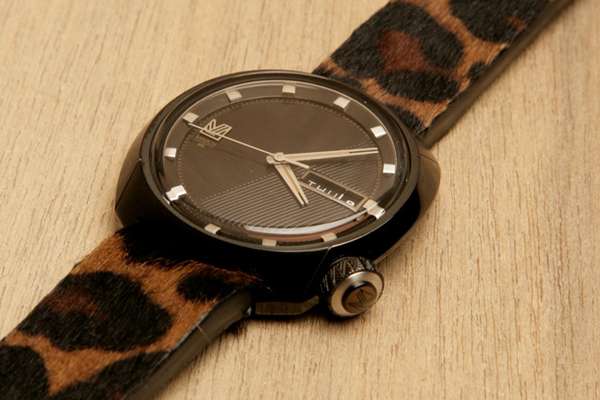 The MARCH LA.B AM1 Leopard Watch is Fiercely Fashionable

Jaime Neely — June 12, 2011 — Fashion
References: ln-cc & hypebeast
The new AM1 Leopard watch designed by men's watch brand MARCH LA.B combines timeless elegance with a hint of wildness. According to Hypebeast, the AM1 Leopard Watch "features a 37 mm round stainless steel casing with an ebony PVD treatment and anti-reflective domed glass face with sapphire coating." The watch is also entirely waterproof, making this one of the most functional and fashionable watches I have seen in a long time.

The most noted feature of the AM1 'Leopard' watch is its cheetah-print band made with unshaved brown leather that boasts brown leather spots. The back of the strap is made using the same material that is used to line the inside of Louis Vuitton bags. To own the AM1 Leopard watch, customers must be willing to spend just over $1,000 -- a relatively small price to pay for such a timeless timekeeper.
2.9
Score
Popularity
Activity
Freshness