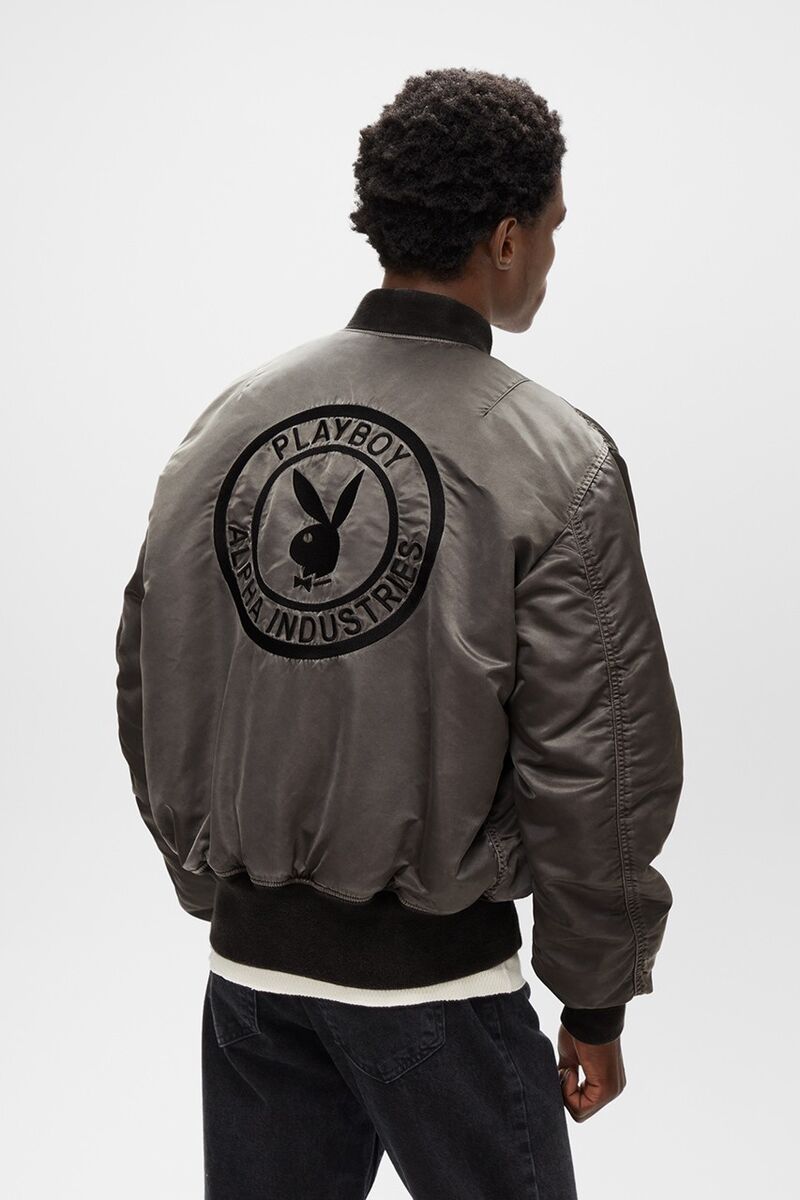 Alpha Industries and Playboy Collaborated on a Series of Bombers

Riley von Niessen — November 19, 2020 — Fashion
References: alphaindustries & hypebeast
Share on Facebook Share on Twitter Share on LinkedIn Share on Pinterest
Alpha Industries and Playboy have joined together for a pair of limited edition designs that pay homage to their long standing connections with the American military. As HYPEBEAST explains, "In the ’60s, Alpha Industries was producing M-65 jackets for troops who were in combat in Vietnam, and at the same time, Playboy rolled out its 'Operation Playmate' program which supported the Armed Forces with pen-pals, which was aimed to boost morale."

The bomber is a part of Alpha Industries' Fall/Winter 2020 collection, and updates the 'MA-1 Battlewash Flight Jacket.' The exterior of the jacket is a sleek space gray, and is complemented with black bunny logos on the back and chest of the design. The reversible jacket features a retro liner that spotlights more bunny logos and old magazine covers.