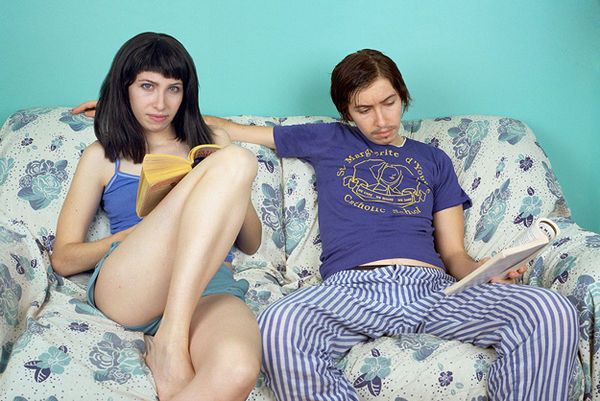 Meghan Young — February 12, 2014 — Fashion
References: jjlevine & psfk
Share on Facebook Share on Twitter Share on LinkedIn Share on Pinterest
The photo series titled Alone Time by JJ Levine, an artist and photographer based in Montreal, Canada, depicts people as both genders. Each still revolves around one model even though two people are captured in the frame. With the help the trusty and devious Photoshop program, the Canadian artist managed to manipulate the images so that the 'couple' portrayed is actually the same person.

Part of his Gender Fiction category, Alone Time by JJ Levine embraces the idea that people are more than the sum of their parts, especially when it comes to the transvestite community. He writes, "I’m trans, so I think about this stuff all the time in my day-to-day life. I express myself through image making."
5.6
Score
Popularity
Activity
Freshness
Jeremy Gutsche Keynote Speaker