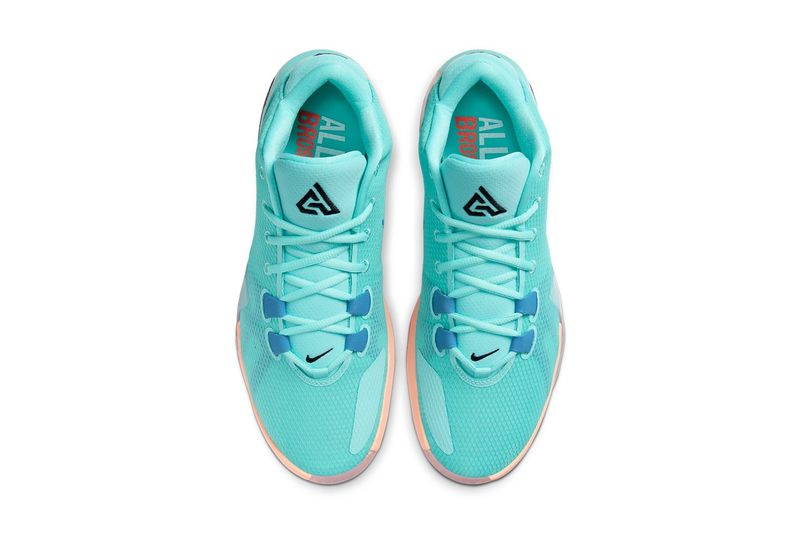 Amy Duong — January 27, 2020 — Lifestyle
References: nike & hypebeast
NBA superstar Giannis Antetokounmpo is one of five brothers and best friends in the athletic franchise currently and to celebrate the basketball family, Nike unveils the All Bros 3 pack. The new sneakers are complete in pastel to celebrate Giannis' four brothers and best friends -- Kostas, Thanasis, Francis, and Alexis.

The uppers are made from mesh for breathability and adorned in shades of teal before it is detailed with blue bottom eye stays alongside anchoring systems that can be seen beneath the upper's outer layer. As a touch of branding, there is a small blue Swoosh across the medial midfoot area and a black Swoosh at the bottom of the throat."All Bros" is found on the sock liner and branding nodding to Giannia can be found at the heel and the tongue.