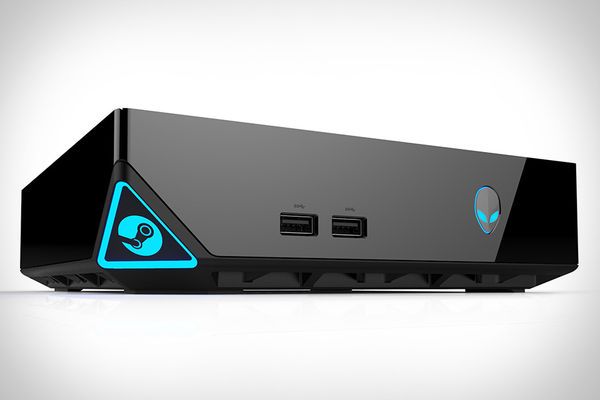 The Alienware Steam Machine Announced Ahead of CES 2014

Meghan Young — January 8, 2014 — Tech
References: alienware & uncrate
Share on Facebook Share on Twitter Share on LinkedIn Share on Pinterest
The Alienware Steam Machine will have gamers dismissing next-gen consoles in no time. It is one in a line of pre-built PCs, which can be freely modified and upgraded by users as well as installed on personal computers at no extra cost. Of course, with 14 vendors cranking out their own Steam Machine, using a range of different design specifications outlined by Valve Corporation, it won't come cheap.

Designed by Dell, the Alienware Steam Machine is sleek and unobtrusive, the latter of which is impressive considering its high-powered cooling system. According to Uncrate, it "will be powered by an Intel CPU and Nvidia GPU, and will (of course) run SteamOS, giving you access to tons of games running natively, and thousands more available via in-home streaming." More details at the end of 2014.
3.5
Score
Popularity
Activity
Freshness
Get Trend Hunter Dashboard