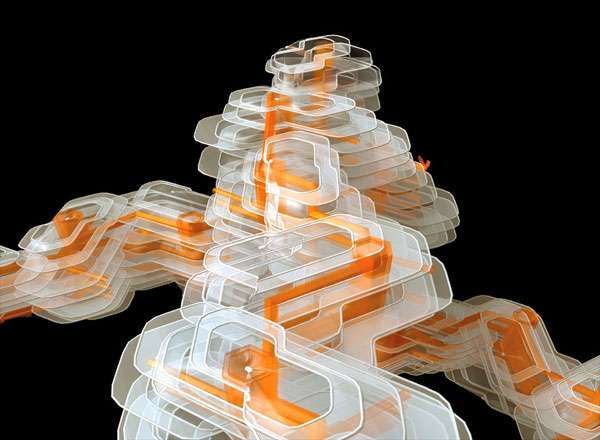 The process “uses computers to generate natural looking aperiodic forms that are a revolutionary alternative to the extreme crystalline regularity of what has up to now been considered modern.”

This particular algorithmic process derives from the Lindenmayer System, which was originally used as a theory for plant growth.

In case you want a scientific explanation of the process, I will allow this excerpt from Michael Hansmeyer’s website to describe it.

"In a variation of the previous example, each letter can be mapped not to a single object but to an entire array of objects. Two generations of string can be mapped to the two axes of a field and affect all objects that share one data point along an axis. For instance, if letter C were located at X=3, then all objects with an X-coordinate of 3 would share the attribute value assigned to C.”

The pictures above indicate what is considered to be the cutting edge of architectural design. Enjoy!
1.2
Score
Popularity
Activity
Freshness
View Innovation Webinars