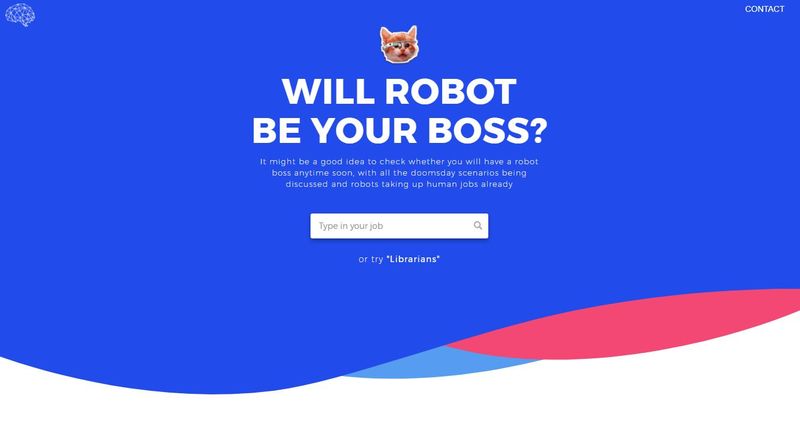 'Will Robot Be Your Boss?' Assesses the Chances of Bot Bosses

Joey Haar — August 24, 2017 — Tech
References: willrobotbemyboss & producthunt
Share on Facebook Share on Twitter Share on LinkedIn Share on Pinterest
When the term "robot" was invented, those first automatons ultimately enslaved the humans of their narrative; the sci-fi cum horror concept of robotic enslavement has persisted since then, but algorithmic management shows that the idea of robot control might not be as violent or terrifying as stories depict. In fact, algorithmic management, which is essentially robotic control and management of human jobs, is already in practice in certain industries, and 'Will Robot Be Your Boss?' is a new site that helps people to predict whether AI might run their jobs in the near future.

The site uses data from Oxford's research on computerization as well as publicly available occupation data to assess which industries are likely to see rises in algorithmic management. To use the site, one simply enters their career into the search bar to see the percentage chance of having a robot boss as well as the chance of one's own job being taken by a robot.
1.9
Score
Popularity
Activity
Freshness
Get Trend Hunter Dashboard