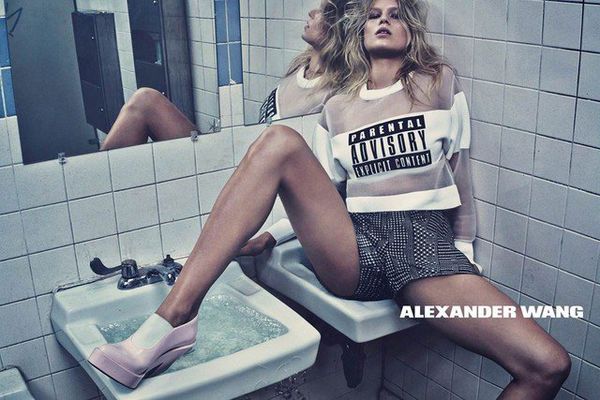 Meghan Young — January 14, 2014 — Fashion
References: alexanderwang & refinery29
Share on Facebook Share on Twitter Share on LinkedIn Share on Pinterest
The bathroom is a place for many things, not just the obvious as the Alexander Wang Spring 2014 ad campaign points out. This is especially true when it comes to public restrooms where dressed-up women congregate to primp, judge and even engage in some explicit activities. At least two of those things take place in the print ads, including, of course, using the place as it was intended to be used.