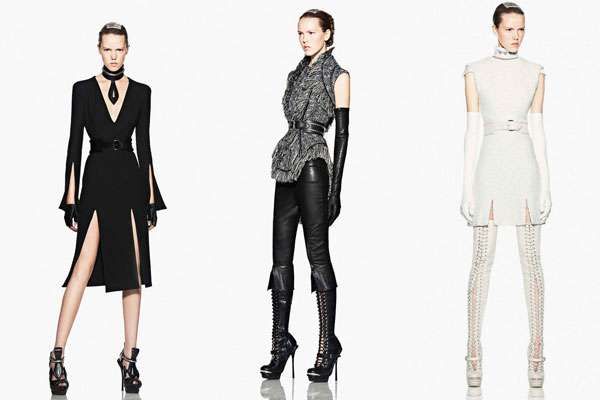 The Alexander McQueen Fall 2011 Lookbook is Inspired by Snow White

As though embodying both Show White and the evil queen, the model in the collection is both demure and dominating. Interestingly, the line between the two is blurred due to the details that Sarah Burton has used in each of her designs. From dominatrix-like touches to soft, sensual textures, the Alexander McQueen Fall 2011 lookbook is filled with feminine and wild outfits. The Snow White-inspired designs have a different edge to them that sets the collection apart from other dainty, innocent interpretations of the fairy tale fashion.