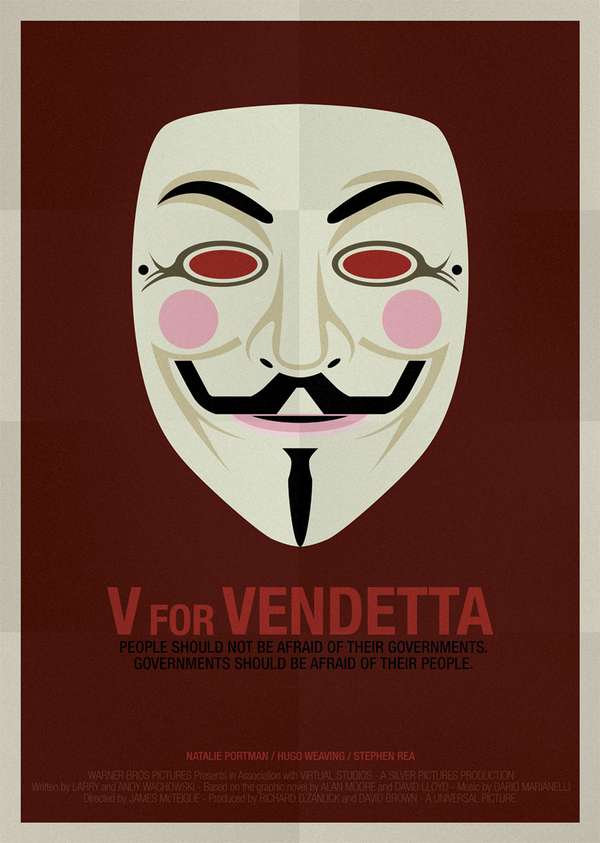 Simply calling the series 'Movie Posters,' Fernandez captures the likeness of each cinematic characters' disguise using vector graphics. He even took the time to emulate the credits often found on film promos to further add authenticity to his work.

It's actually quite an interesting revelation to see that both villains and heroes have donned masks for deviant and just reasons to conceal their identity from people in their respective narratives as well as from movie viewers.