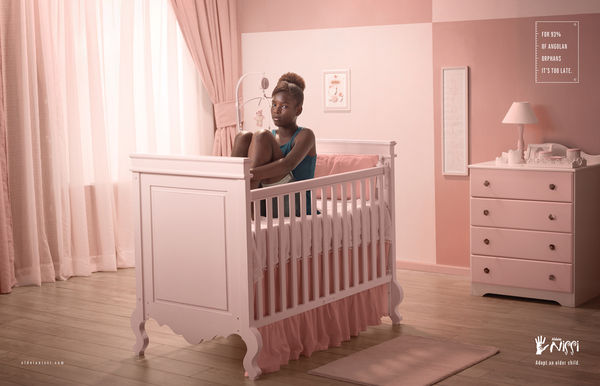 The Aldeia Nissi Campaign Encourages People to Adopt All Ages

Meghan Young — March 19, 2014 — Life-Stages
References: aldeianissi & adeevee
Share on Facebook Share on Twitter Share on LinkedIn Share on Pinterest
When it comes to adopting, many people prefer to take in as young a child as possible for many reasons, yet the Aldeia Nissi ad campaign encourages the opposite. The Aldeia Nissi ads read, "For 93% of Angolan orphans it's too late." But it doesn't have to be. Older orphans may have already developed into full-fledged human beings without the help of their adopted parents, but that doesn't mean those parents can't make a difference in the children's lives.

Conceived and executed by Revolution, an ad agency based in Brazil, the Aldeia Nissi ad campaign revolves around three images that puts these older orphans into scenarios fit for a baby. Art directed by João Sousa with creative direction by Edson Rosa and Emerson Braga, the images were shot by Diego Freire.
5.2
Score
Popularity
Activity
Freshness
Attend Future Festival