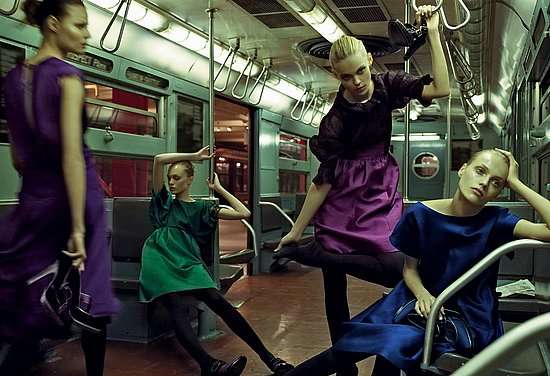 The ads show the four models hanging out in a virtually empty subway train, looking tired and bored but fabulous. They look how I expect a fashionista working at Vogue to appear at the end of the day.

My favorite shot is where the models are slumped over their seats, with three of them sleeping with drinks in their hands, because that is what you see in most subway trains.