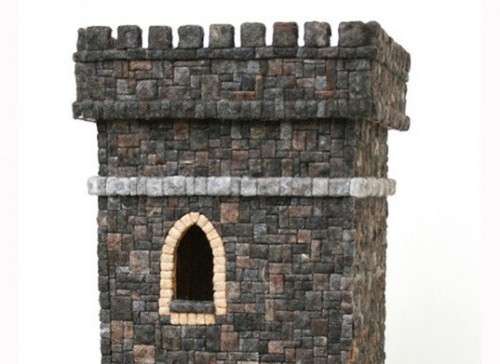 Agustina Woodgate Hair Castles are Sculpted out of Human Hair

For her 'I Wanted to be a Princess' project, Agustina Woodgate meticulously crafted 3,000 bricks entirely out of human hair and then assembled them into two very medieval-looking castles.

Don't be fooled by the pictures; these castles are bigger than they appear. One of the castles, called Tower, is about 4.5 feet tall. The different-colored bricks are simply made out of different colored hair, of course. The window frame, for instance, is made completely out of golden blond hair.

The second castle is called Sandcastle and looks like -- you guessed it -- a sandcastle, complete with a messy pile of hair at the bottom made to look like crumbling sand (or bricks?).

The Agustina Woodgate Hair Castles will be on display at the Spinello Gallery in Miami.
1.8
Score
Popularity
Activity
Freshness
View Innovation Webinars