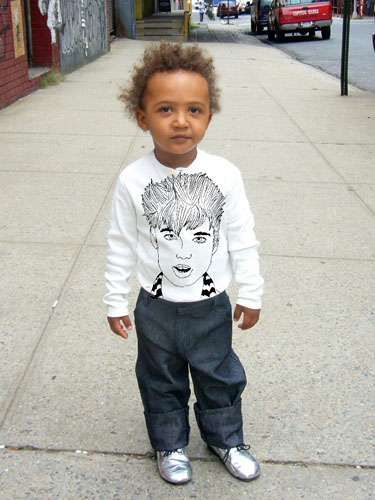 Bianca — February 21, 2008 — Tech
References: dana.reticular.info & catwalkqueen
Share on Facebook Share on Twitter Share on LinkedIn Share on Pinterest
If you don't want a mannequin of Agyness Dyn, and don't want to offend the Brit it girl with a model attack shirt, then you might want to show the world you're a fan of the young model by wearing of these Deer Dana tees printed with a pencil sketch drawing of her face.

They were designed by Dana Veraldi, a Brooklyn artist, and have actually become quite popular among fans... including the model herself! Imagine wearing your own face on your chest... a little strange, but then again, Agyness is known for her quirky character.

They're selling for $48.51 under the Deer Dana label which also includes fashion inspired tees like "Andre Leon Talley," the editor-at-large of U.S. Vogue and "119th and Lexington," a sketchier neigborhood in Harlem.