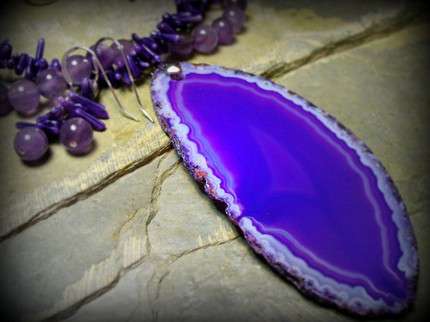 Because agate comes in so many colors, there's a stone for every wardrobe. Wear them as pendants, bracelets, or like Gucci's agate, as eye-popping belts.

Some even believe in healing powers of agate, including enhanced mental functioning, better concentration and the stone's ability to soothe inner anger or tension.

So whether you're in it for the metaphysical or superficial, this season, agate accessories seriously rock.