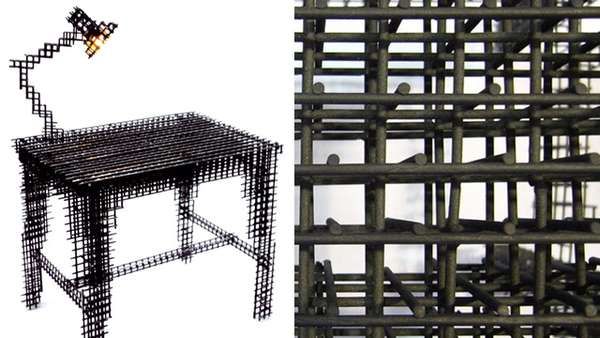 Afterimage by Bomi Park Looks like a Conceptual Computer Rendering

Meghan Young — June 29, 2012 — Art & Design
References: dmy-berlin & gizmodo
Share on Facebook Share on Twitter Share on LinkedIn Share on Pinterest
The furniture pieces that are part of the series Afterimage by Bomi Park, an industrial designer hailing form South Korea, may look like they are simply renderings on a computer screen, but they are real as can be. Made out of an intricate wireframe, the desks will surely be the bane of pens and paperclips. While the furniture may not yield the most ideal surface to write on, nor does its grid-like design bode well for the safety of stationary, it would work perfectly as a computer station.

Afterimage by Bomi Park was recently shown during the DMY berlin 2012 exhibition. As its title suggests, the desks are inspired by optical illusions, shimmering like a mirage.
2.1
Score
Popularity
Activity
Freshness
Get Better and Faster