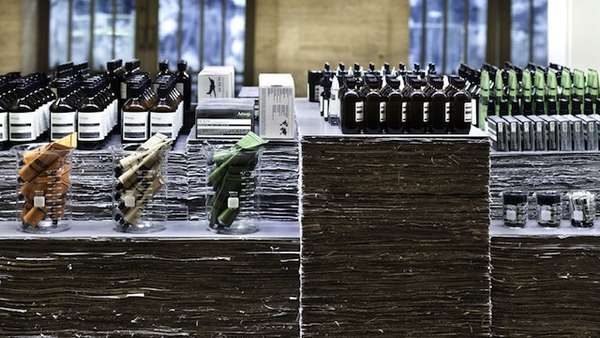 The Aesop Kiosk is Made Entirely From Newspapers

Omar Yusuf — July 28, 2011 — Art & Design
References: aesop & gizmodo
Purposeless in our era of virtual goods and services, the daily newspaper has finally found a home in Aesop kiosks. But tabloids and magazines won't actually be sold from this kiosk; instead, the papers constitute the building material for the stand.

Located in New York's Grand Central Terminal, this kiosk is made from over 1,800 separate issues of the New York Times. Pressed, glued and treated, the newspapers have been stacked to produce a resilient, yet familiar look and feel. As part of a skincare company, the Aesop kiosk is used as a sales point for their products.

Personally, I feel bad for the journalist whose carefully written words have been used as mortar for a skin care kiosk. Yet, in the digital world it's time to do something with this dying medium.
1
Score
Popularity
Activity
Freshness