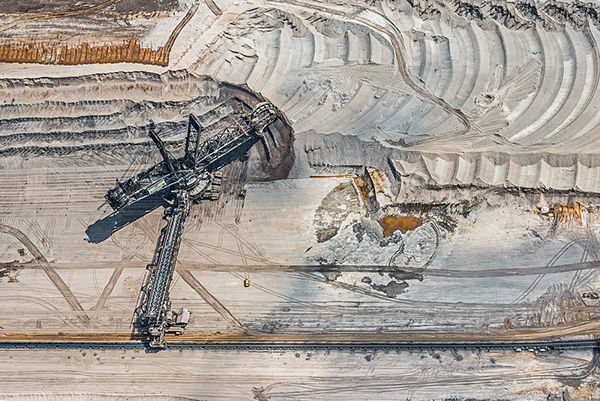 Meghan Young — June 25, 2014 — Fashion
References: bernhardlang.de & behance.net
Share on Facebook Share on Twitter Share on LinkedIn Share on Pinterest
Bird's-eye view of the world offers people a fresh perspective of various landmasses, manmade initiatives and more; the Aerial Views Coal Mining photo series focuses on the industrial industry in particular. A source of energy since the 1880s, coal is still a coveted sedimentary rock that companies and governments continue to try to get their hands on.

Shot by Bernhard Lang, a photographer based in Munich, Germany, the Aerial Views Coal Mining photo series not only captures the massive machinery used to extract coal from the ground, it also documents the stunning landscapes that is home to such material. Whether bordered by the ocean or blackened by its natural substance, the series focuses on the biggest Opencast Coal Mining Pit of Germany and one of the largest man-made holes in the world.
2.1
Score
Popularity
Activity
Freshness
View Innovation Webinars