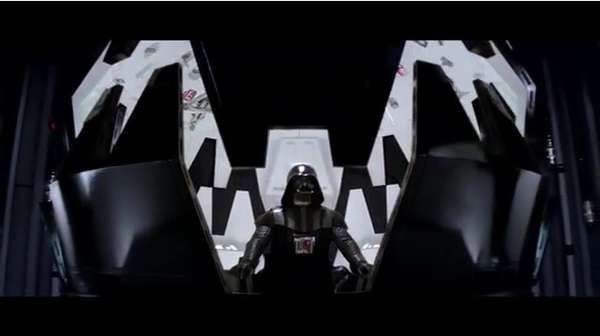 The Epically Geektastic Adidas is All In 'Empire Strikes Back Edition'

The 'All In' campaign from the sports company has been popular as of late, especially with the ads featuring numerous celebrity and sports star cameos. This time, Adidas went to the world of Star Wars with the Adidas is All In 'Empire Strikes Back Edition.' Cuts of the final Star Wars film were cut together and incorporated with some of the existing clips of the original video campaign. Quite a fitting combination, considering how the brand has released so many Star Wars-themed products in the past.

George Lucas fans: Vader is in, Luke is in, Wampa is in, but are you all in?
3.4
Score
Popularity
Activity
Freshness
Get Trend Hunter Dashboard

Midnight Extreme Sports Ads
The Nike Chosen: Just Do It Commercial Will Amp You Up
play_circle_filled