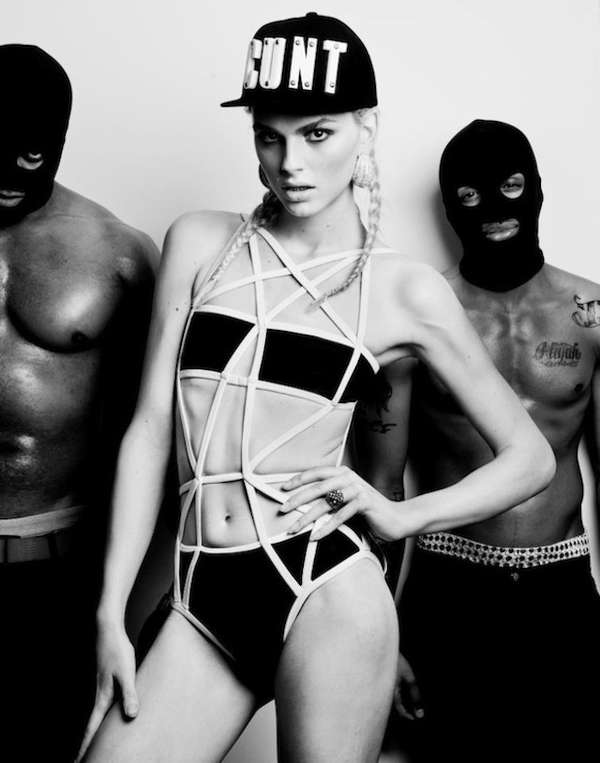 The Adeen Black and White Series Lookbook is Gender-Bending

Intimidating and raw, this gritty advertorial stars Andrej as a bikini bombshell who poses as the lookbook's resident video girl. Accessorized with over-sized earrings and an offensive hat that reads "c*nt," the gender-bending model pushes the envelope. From offensive message hats to a bondage-inspired bikinis, this controversial campaign spread is sure to gain plenty of attention.

Paying tribute to the gay community, designer Rembrandt Duran explains the meaning behind his seemingly offensive messages naming drag queen Ru Paul as his inspiration. Duran stresses that the C word's use is non-offensive and only meant to represent Paul's belief “that one must always have Charisma, Uniqueness, Nerve and Talent!”
6.6
Score
Popularity
Activity
Freshness