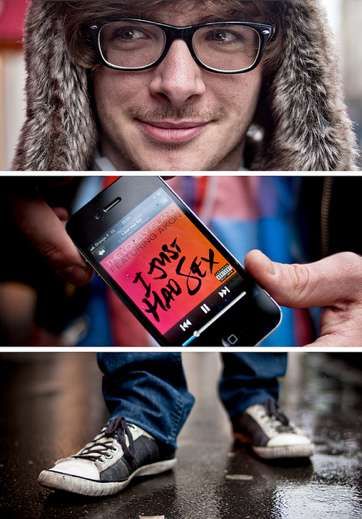 Adde Adesokan’s photographs give portraiture new depths. The Germany-based artist has captured a series of triptych portraits, which are vertically arranged images that consume three separate panels. This series of subjects is titled Triptychs of Strangers, and that is precisely what it is. Adesokan has attempted to portray personalities of people with whom he has no past through portraiture.

I think he has been successful with this series, solely because of the triptych technique. Adesokan uses the three panels to display the feet, midsection and face of his subjects -- surprisingly, these three portions of people can give a lot of insight into their personality.