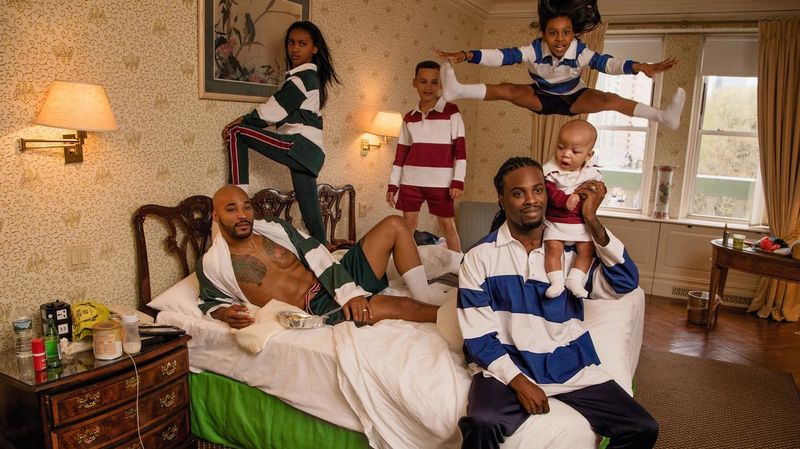 Mishal Omar — February 9, 2018 — Fashion
References: out & newnownext
A few years after a post of them doing their daughter's hair went viral and made them Instagram famous, dads Kordale Lewis and Kaleb Anthony have been featured in the fall/winter Acne Studios' campaign, along with their four children.

The campaign was shot by photographers Inez and Vinoodh in a hotel room in New York City, and features the family wearing similar outfits from the Acne Studios brand. In addition to group shots of the whole family, the children have been photographed individually, along with a beautiful shot of Kaleb and Kordale together.

This Acne Studios campaign speaks to the importance of representation in marketing, with the powerful images working to shift the narrative of how families should be represented in the mainstream.