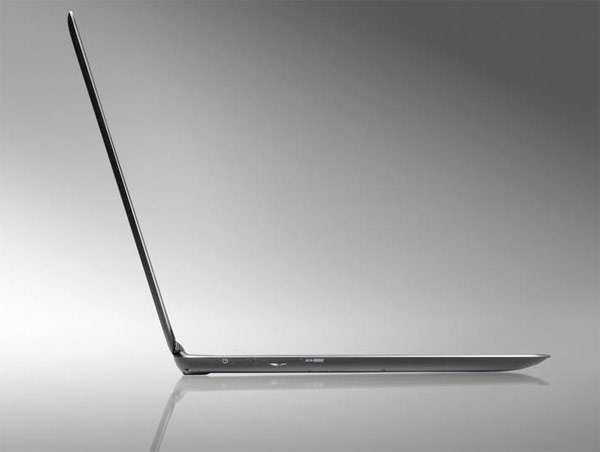 The Acer Aspire S5 Ultrabook is Announced at CES 2012

Rebecca Byers — January 11, 2012 — Tech
References: techshout & engadget
Share on Facebook Share on Twitter Share on LinkedIn Share on Pinterest
The Acer Aspire S5 Ultrabook, an extremely thin yet powerful laptop, has been announced at the Consumer Electronic Show 2012 in Las Vegas. Acer claims their new take on the Ultrabook is the world's thinnest while maintaining a 13.3-inch LCD screen and weighing less than 3 pounds.

The ultra-thin computer is also said to be ready with 'Acer Green Instant On' technology, which allows almost an instant start-up, resuming function in 1.5 seconds. The Acer Aspire S5 Ultrabook will feature an Intel Core processor, SSD storage capacity and HDMI, USB 3.0 and 20Gbps Thunderbolt ports, according to techshout.com.

Ultrabooks have been extremely popular at CES 2012, and Acer is far from the only brand to come out with a competitive and powerful variation on the theme. Samsung, HP, Dell, Intel, Lenovo and Toshiba have all revealed plans for Ultrabooks at the 2012 Consumer Electronics Show as well.
3.8
Score
Popularity
Activity
Freshness
View Innovation Webinars