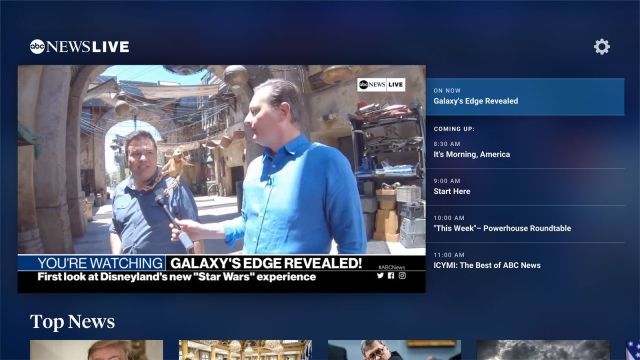 Daniel Johnson — April 6, 2020 — Tech
References: abcnews.go & engadget
The ABC News Live app is now available on Android TV and Fire TV, which will greatly expand the reach of the news network. Viewers will also be able to access on-demand content, documentaries, and anchored news form the ABC News Live app. Additionally, the app was partially reworked to provide breaking alerts and more. The interface of the app was also enhanced to provide a better user experience.

Releasing the app for more platforms means it is more widely accessible, and more people can rely on the network for information.

The news network will also expand its redesign efforts to its apps for Apple TV and Roku, which are scheduled to be released in the middle of April.