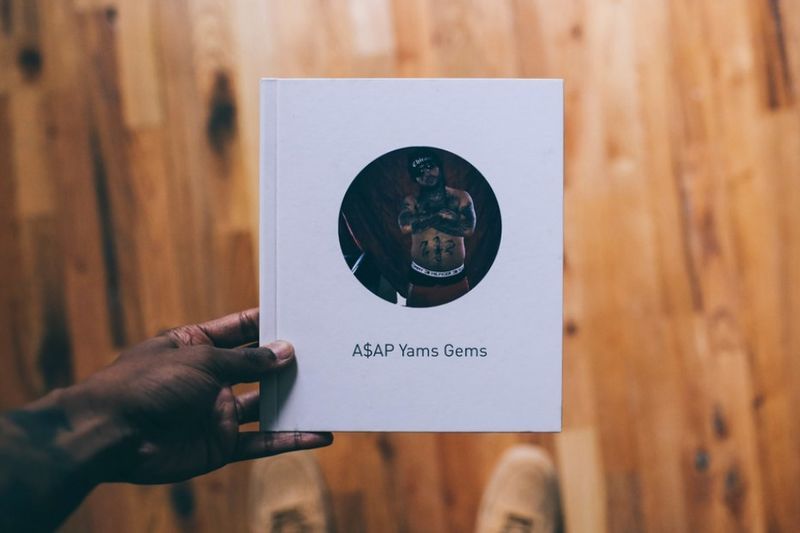 Malika Renee Butss — January 5, 2016 — Pop Culture
References: gemsbyajanibrathwaite.bigcartel & hypebeast
Share on Facebook Share on Twitter Share on LinkedIn Share on Pinterest
Harlem rapper A$AP Yams passed away unexpectedly last January and since then, various members of the A$AP Mob have been releasing a handful of heartfelt tributes to honor their dear friend. The latest sentimental tribute comes in the form of a book filled with Yams' most memorable tweets.

Followers and fans of A$AP Yams are well aware that the late creative was often a non-filtered tweeter who gained millions of retweets due to his humor and quirky outlook on life. Bronx resident Ajani Brathwaite complied some of the rapper's most iconic tweets into a hardcover book titled 'A$AP Yams Gems,' which captures the vibrant spirit of the artist.

The book will retail for $40, with all proceeds going to Yams' family. Interested buyers can pre-order the book now and should know that Braithwaite will stop collecting orders the day before Yams' death anniversary on January 18th, 2016.
3.1
Score
Popularity
Activity
Freshness
View Innovation Webinars