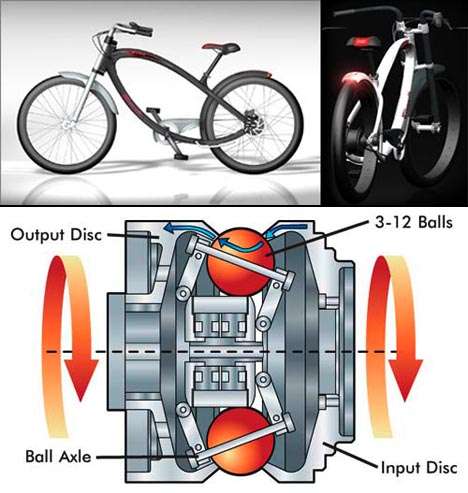 Hjortur — March 27, 2007 — Lifestyle
References: ellsworthride & coolhunting
As many of you thinkers and inventors know, the route from idea to production can be long. Very long. But this must be a record. daVinci's transmission was 500 years on the way from the drawing board to production, but it has finally made it. Ellworth, which is better known for it's mountain bikes, has developed a new kind of street bicycle called The Ride using the revolutionary NuVinci hub that Leonardo da Vinci developed originally more then 500 years ago.

The NuVinci transmission offers continuously variable planetary transmission utilizing tilting spheres to allow seamless pedaling gradients instead of the complicated, hard-to-maintain system as we know it today with drop chains and skip gears. The rest of the bike is designed with the same idea of producing a smoother, more comfortable and stylish ride.

If you would like, you better hurry. There will only be 500 made!
5.8
Score
Popularity
Activity
Freshness