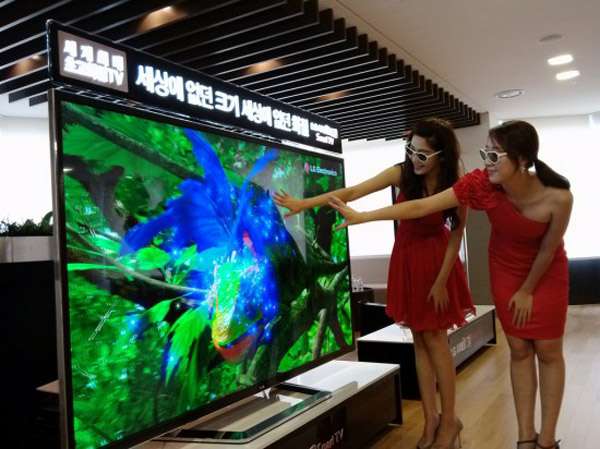 Michael Hines — August 23, 2012 — Tech
References: ubergizmo & technabob
Share on Facebook Share on Twitter Share on LinkedIn Share on Pinterest
LG's behemoth 84-inch 4K HDTV has made the jump from the CES floor into the store. The South Korean electronics maker has released its largest television to date in its home country and is planning a worldwide release in September. Aside from being 84 inches in length, the company's new TV is notable for its ability to display video in 4K.