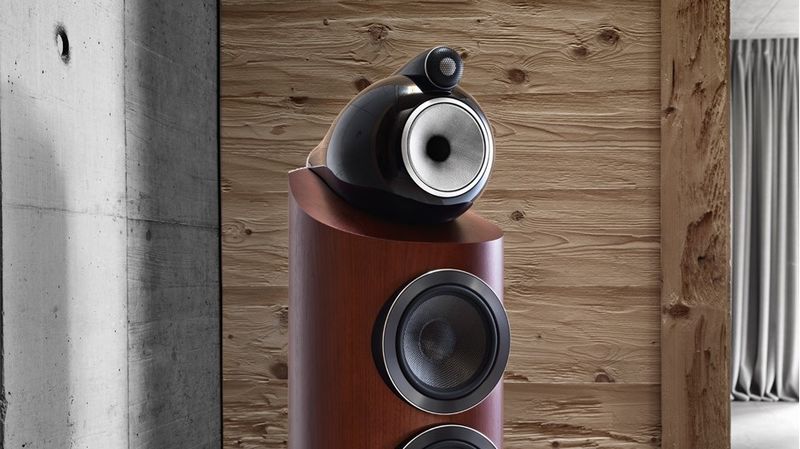 Rahul Kalvapalle — October 3, 2015 — Tech
References: bowers-wilkins & gizmag
Share on Facebook Share on Twitter Share on LinkedIn Share on Pinterest
The 800 Series Diamond is an all-new set of speakers, offered up by B&W, that is the subject of an incredible seven years of research and development. When a company spends that much time, money and effort on developing speakers, you expect nothing but the very highest quality and that's precisely what these speakers deliver.

Pretty much every single component in the 800 Series Diamond speakers differs from previous generations of speakers. In fact the diamond tweeter is one of the very few parts that remains, although it is now housed in an all-new solid body aluminum assembly, which is a marked improvement over previous iterations of the housing design.

"We found it impossible to improve on the performance offered by diamond, although behind the diamond dome, the motor system was improved considerably," said company head Martial Rousseau. By making this specific improvements, the 800 Series Diamond has upped its game considerably.
4.9
Score
Popularity
Activity
Freshness
Jeremy Gutsche Keynote Speaker