3D TV Without The Glasses
Next
Set of
Related
Ideas 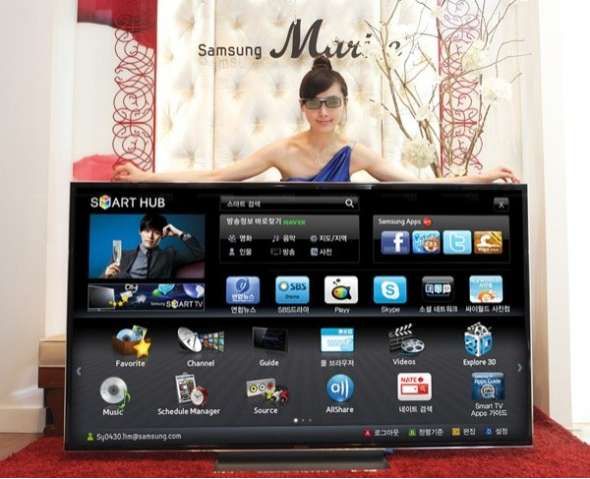 Michael Hines — May 11, 2011 — Tech
References: en.akihabaranews & engadget
Share on Facebook Share on Twitter Share on LinkedIn Share on Pinterest
Samsung is set to demolish any and all standards of TV excellence with its new 75-inch Premium Smart TV. Samsung has unleashed its latest high-tech behemoth, which will unleash apps, games, and of course, 3D capabilities upon the unsuspecting citizens of Korea.

The 75-inch Premium Smart TV seems to have just about every piece of tech installed into it, save for a touchscreen -- which I'm sure will be added sometime soon. If you are an American salivating over the prospects of watching the Super Bowl on a 75-inch TV in 3D, have no fear as Samsung has announced that the 75-inch Premium Smart TV will become available on U.S. shores in August of this year. The TVs will be priced around $13,000 each.
1.2
Score
Popularity
Activity
Freshness
View Innovation Webinars