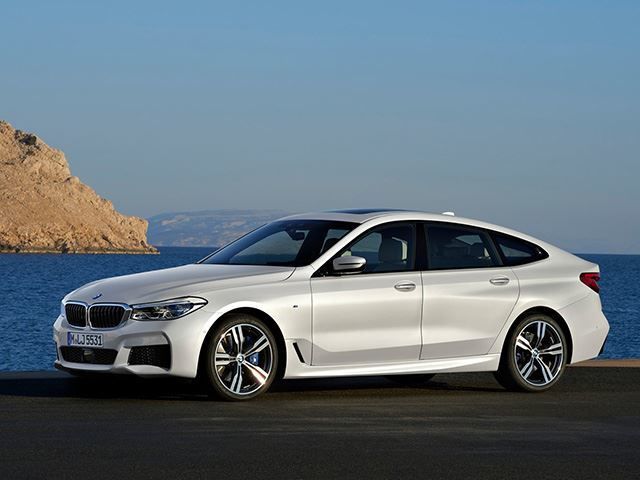 Michael Hines — June 16, 2017 — Autos
References: bmwusa & carbuzz
Share on Facebook Share on Twitter Share on LinkedIn Share on Pinterest
BMW is replacing the high-selling but much-maligned (in terms of looks) 5 Series GT with the new BMW 6 Series GT. On the surface the models appear to be the same, and that's because they kind of are. The four-door 6 Series, on which the GT model is based, is itself based on the 5 Series sedan. Despite that there are a bunch of new things the BMW 6 Series GT brings to the table. For starters it's pricier with a base MSRP of $70,695.

However, that higher price gets you all-wheel drive standard and more interior space for cargo and people. Powering the 6 Series GT is a 3.0-liter twin-turbo inline-six making 335 horsepower which is mated to an eight-speed automatic transmission. On the looks front the 6 Series GT is certainly sleeker than its predecessor, and that means it could be an even bigger sales success.
2.1
Score
Popularity
Activity
Freshness
Get the 2021 Trend Report FREE