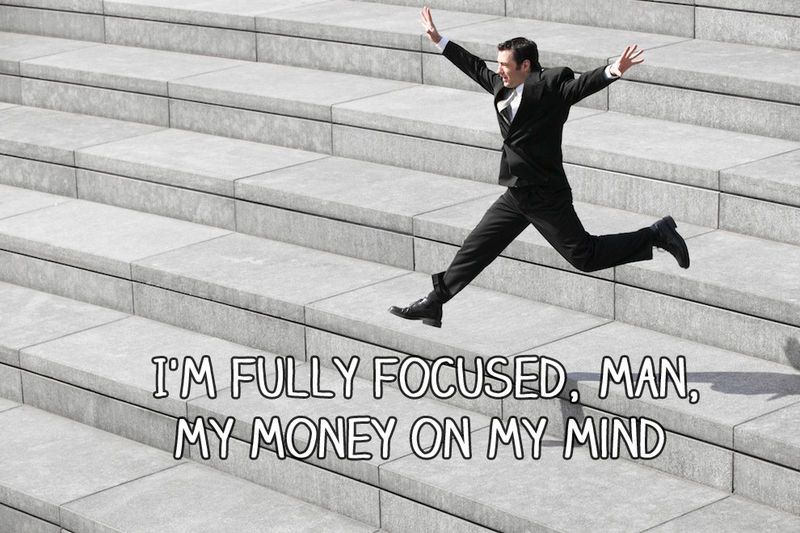 BuzzFeed Proves that 50 Cent Lyrics Can Be Motivational

50 Cent is not necessarily a man known for his prophetic wisdom. However, a little known fact about the Internet is that nearly anything can take on a touch of the savoir faire if it's placed atop the right generic-looking stock photo. Even, as it turns out, lyrics from any (and every) rap song ever created.

The hilarious collection features some of 50's most quotable gems, such as one that reads: "I'm fully focused, man, my money on my mind," over top a photo of a gleeful, leaping Wall Street type. Another line reads, "I don't give a f*ck, I do what I wan' do," accompanied by a photo of a woman riding a bike. I think I speak for everyone when I say that we've severely underestimated 50's astute poetic ability.

Rapping Writing Tools
One Up Designs' Classic Rap No. 2 Pencil Set is for Writing Rhymes