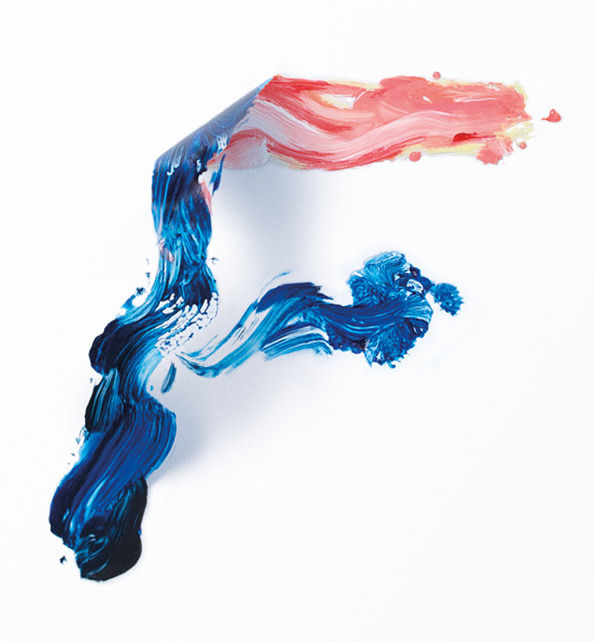 Flow is a 3D Typeface that Uses Acrylic Paint and Adhesive

Tiffany — January 19, 2014 — Art & Design
References: madebysawdust & psfk
Share on Facebook Share on Twitter Share on LinkedIn Share on Pinterest
Rob Gonzalez and Jonathan Quainton of London-based studio Sawdust have crafted a new 3D typeface called Flow. Known for their expertise in custom typography and image-making, the pair uses acrylic paint and Scotch tape to create the effect of the typeface. The paint is smeared onto the tape and the artist uses the painted tape to bend and twist it into letters. Afterwards, the tape is Photoshopped out of the picture, resulting in an iridescent, three-dimensional set of floating letters.

On the reason why they created the typeface, Gonzalez says, “Ideas can often be rejected by the commercial world so it’s a shame if they never see the light of day. We’re not against creating studio projects that are based on our own personal explorations, in fact we champion that philosophy.”