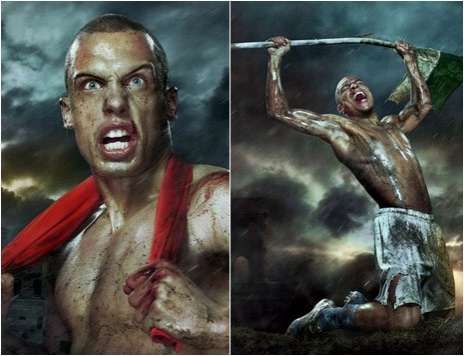 According to Olaf, they all but defender Joris Mathijsen agreed who didn’t want to be photographed semi-nude because, “he is very shy.” Shy? C’mon, we see players take off their shirts in stadiums all the time.

You can feel the raw intensity and adrenaline seep through the images. Amazing photography!
6.6
Score
Popularity
Activity
Freshness
Get Better and Faster