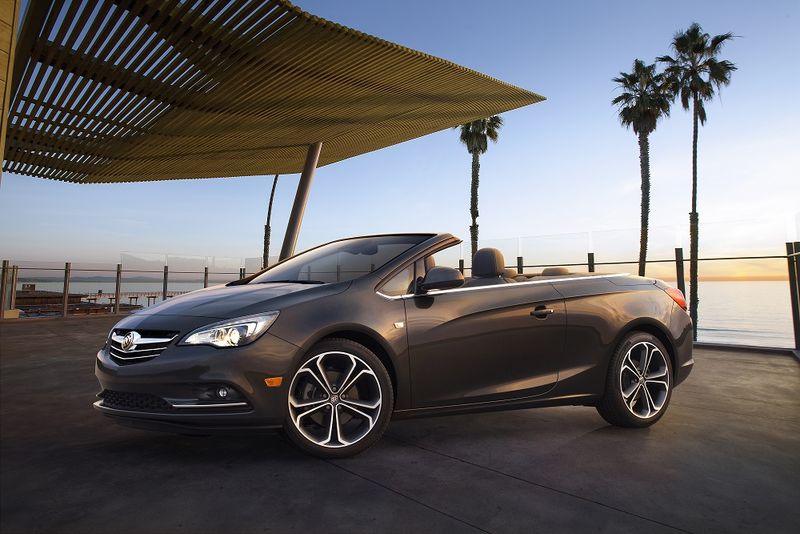 How a Brand and a City are Reinventing Themselves

Kicking off a year-long adventure with the brand, I was whisked down to Motown in the middle of January for the #ExperienceBuick program. Yay, Detroit in the middle of winter! I hadn't the slightest clue what to expect from the city or the brand. Turns out that Detroit is not the abandoned ruin it's portrayed to be and Buick is not "an old man's car."

While the main event of this trip was certainly the 2016 Buick Cascada unveil, the main takeaway was much more resonating: Detroit and Buick are reinventing themselves. Both are shedding images that do not reflect how special, desirable and surprising they really are.

Detroit is a maligned city with little being covered in the media about its food scene, art & design culture and many refurbishment projects . Buick made it a priority to showcase them on our adventure, which was refreshing since I was expecting the trip to be about the brand first and the city as the backdrop. In fact, it was the opposite. Detroit was the main fixture with the brand playing softly in the background like a subtle instrumental.

Our group toured the city on behalf of the Detroit Experience Factory. The DXF guides were knowledgeable and passionate about their city, making for an unforgettable experience. With stops at the College For Creative Studies -- where many top brands like GM, Nike and Whirlpool lure up-and-coming designers, creatives and innovators -- Shinola Detroit, and Two James (the first licensed distillery in Detroit since Prohibition) it was becoming clear that Detroit is nothing like it's made out to be. Businesses are flourishing, people are happy, and it's quietly transforming into a creative and culinary hub.

Other highlights on our tour included dining at the boutique-y Seldan Standard and the historic Traffic Jam & Snug. We were also treated to a 16th century bookmaking class and homemade brunch at letterpress studio Salt & Cedar. Each culinary experience was enjoyed in the family-style dining format, a trend in the Detroit food scene. We also stopped by a graffiti-infused parking garage called The Z Lot, which was another great example of creative, entrepreneurial Detroiters pushing the envelope with their reclamation projects.

Now, back to the 2016 Buick Cascada unveil. The car itself is the first convertible the brand will bring to market in 25 years. Specs include a 1.6L turbocharged engine that churns out 200 horsepower, HiPer Strut front suspension, OnStar 4G LTE with built-in Wi-Fi hotspot and the insulated softop that retracts in 17 seconds. When speaking with Duncan Aldred, VP of Sales at Buick, the words "attainable luxury", "connectivity" and "confidence" were frequently used. Aldred says, "Its features work harmoniously to provide a safe, connected and confidence-inspiring driving experience." Just on appearance alone these statements ring true. Buick is reinventing itself, and if Cascada wasn't proof enough then the surprise unveil of the Avenir concept car surely reinforced it.

Simply put, the theme of this experience was reinvention. It's hard to count how many times I was surprised and delighted with the brand, Detroit and all the creative people involved in this adventure. I'm super excited to continue this journey with Buick and hope you join along for the ride of the #ExperienceBuick program this year.