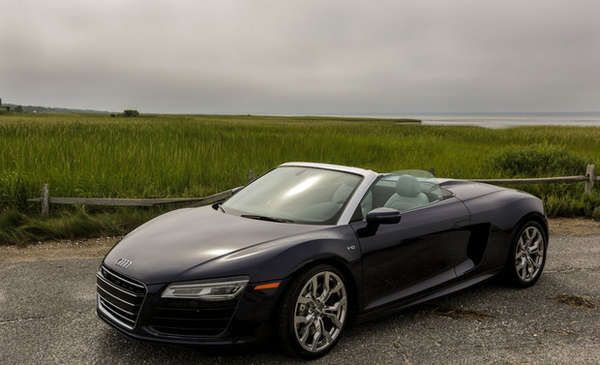 The look of the car is stunning. There is a sleek, minimalist look to outside of the vehicle, and it definitely demands attention. However, the features that are under the hood are just as impressive as the aesthetic.

This vehicle as a 10-cylinder engine which makes it the fastest car that Audi makes. Also, it now has a dual clutch transmission that has seven speeds, and it goes from 0-60 in only 3.6 seconds.

If you are looking to get noticed for all the right reasons, then the 2014 Audi R8 Spyder is just what you need.
5.3
Score
Popularity
Activity
Freshness
Get the 2023 Trend Report FREE